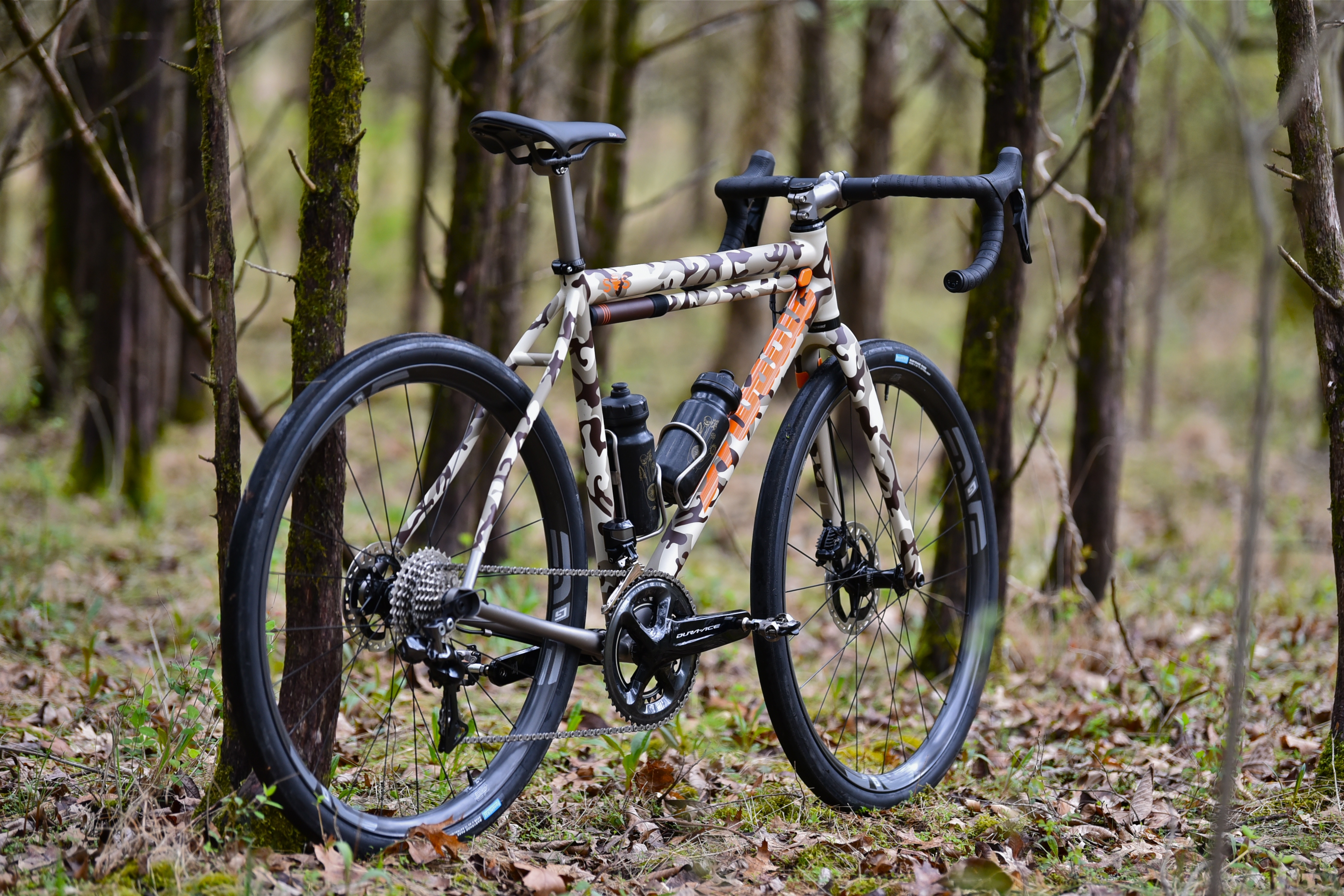 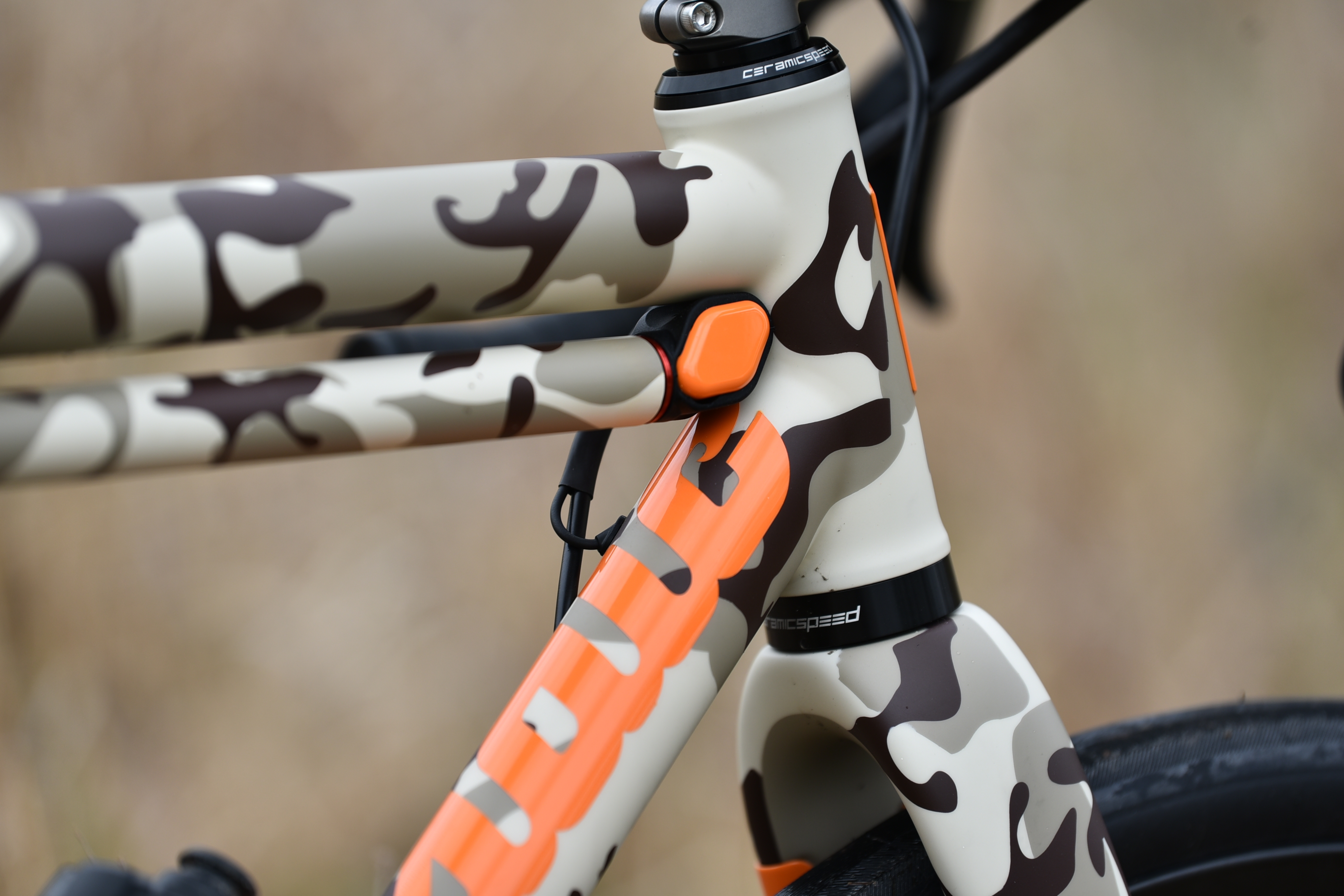 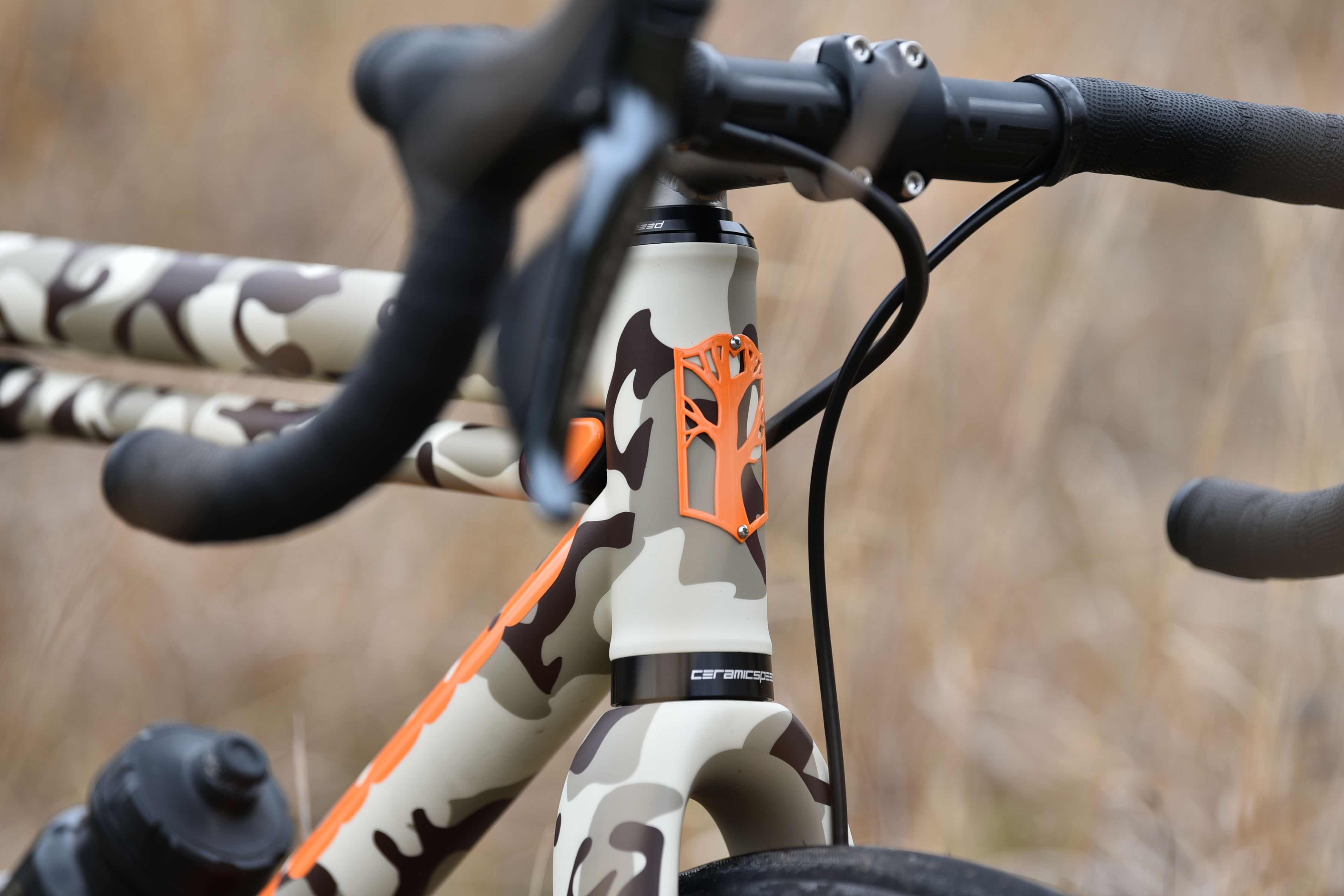 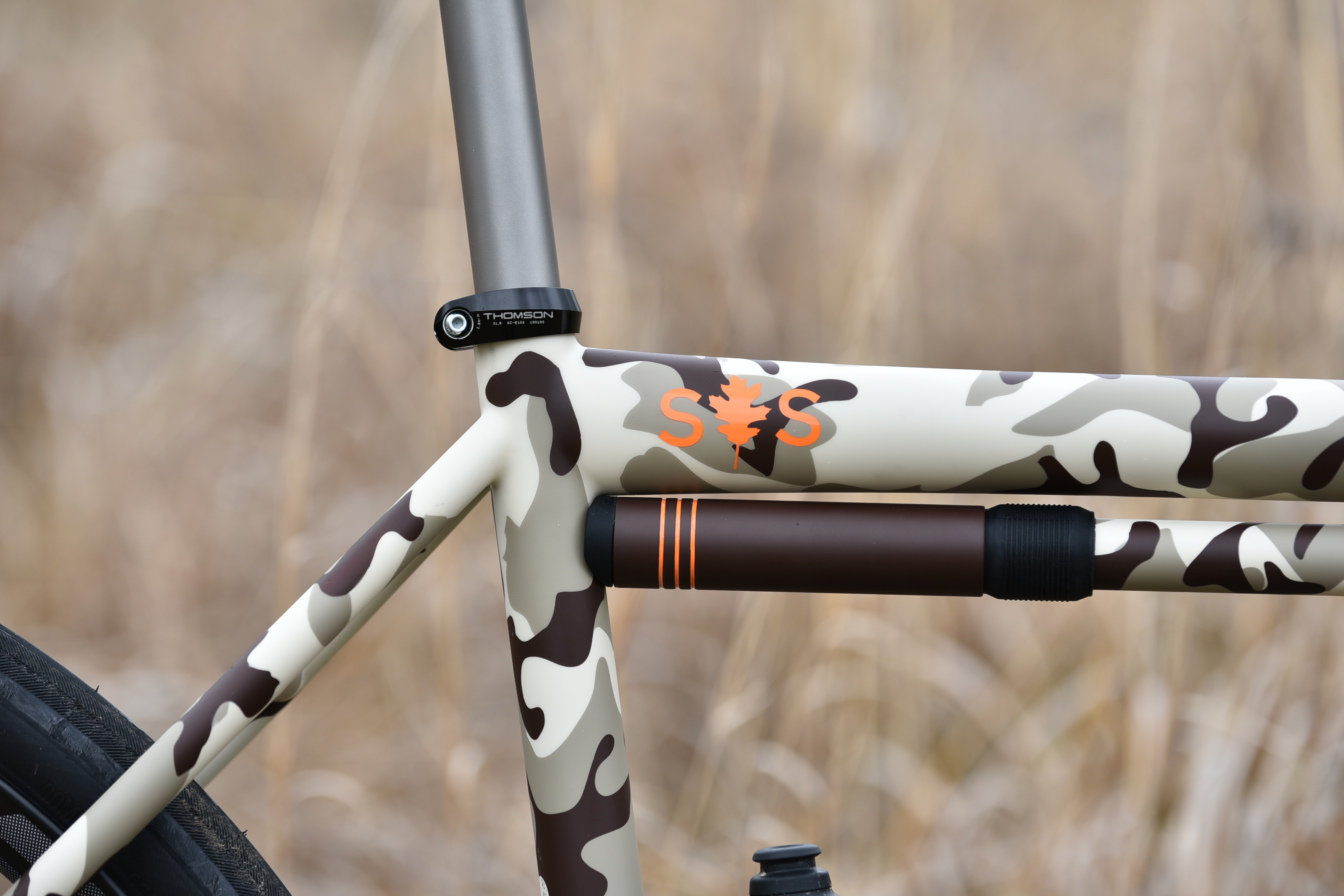 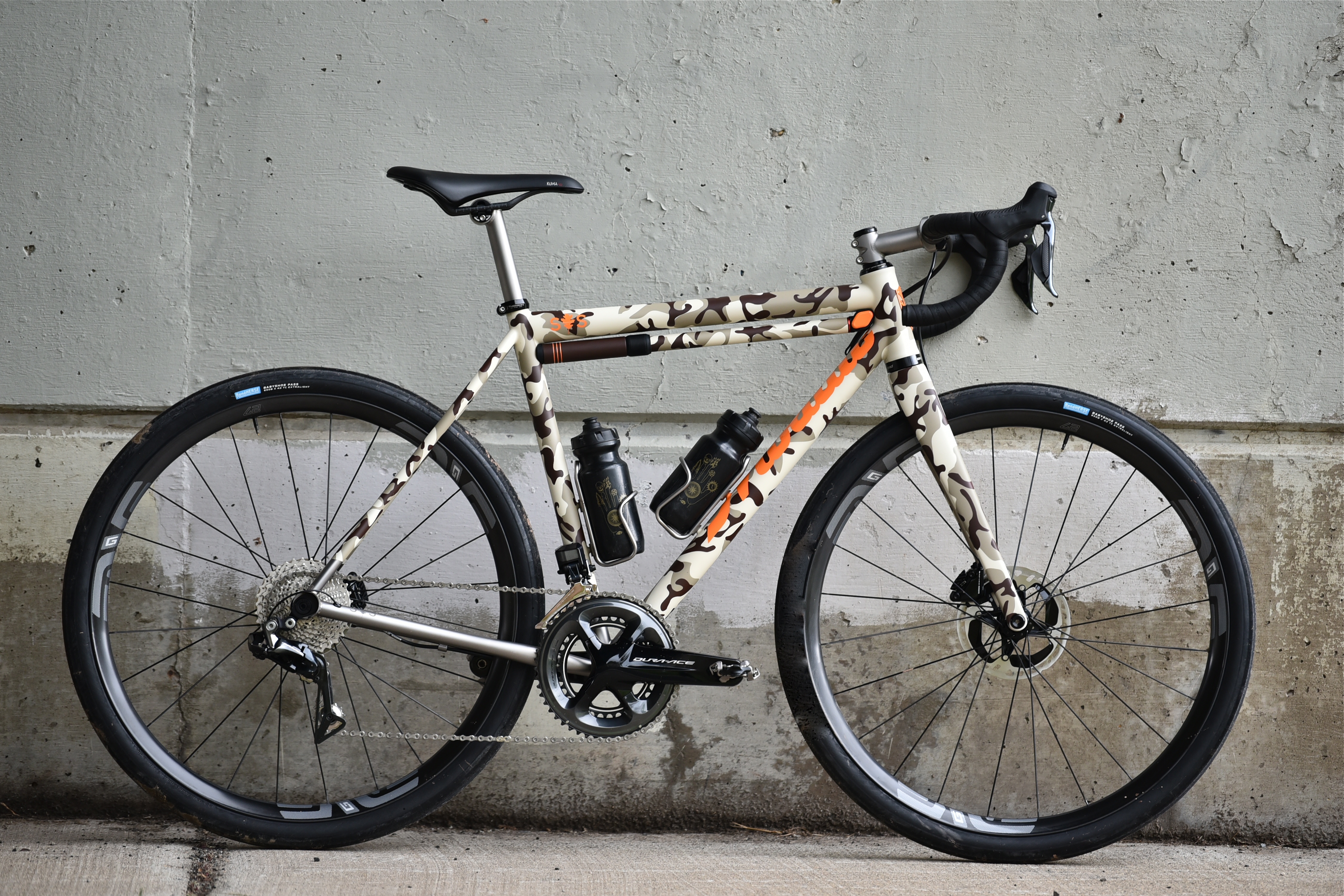 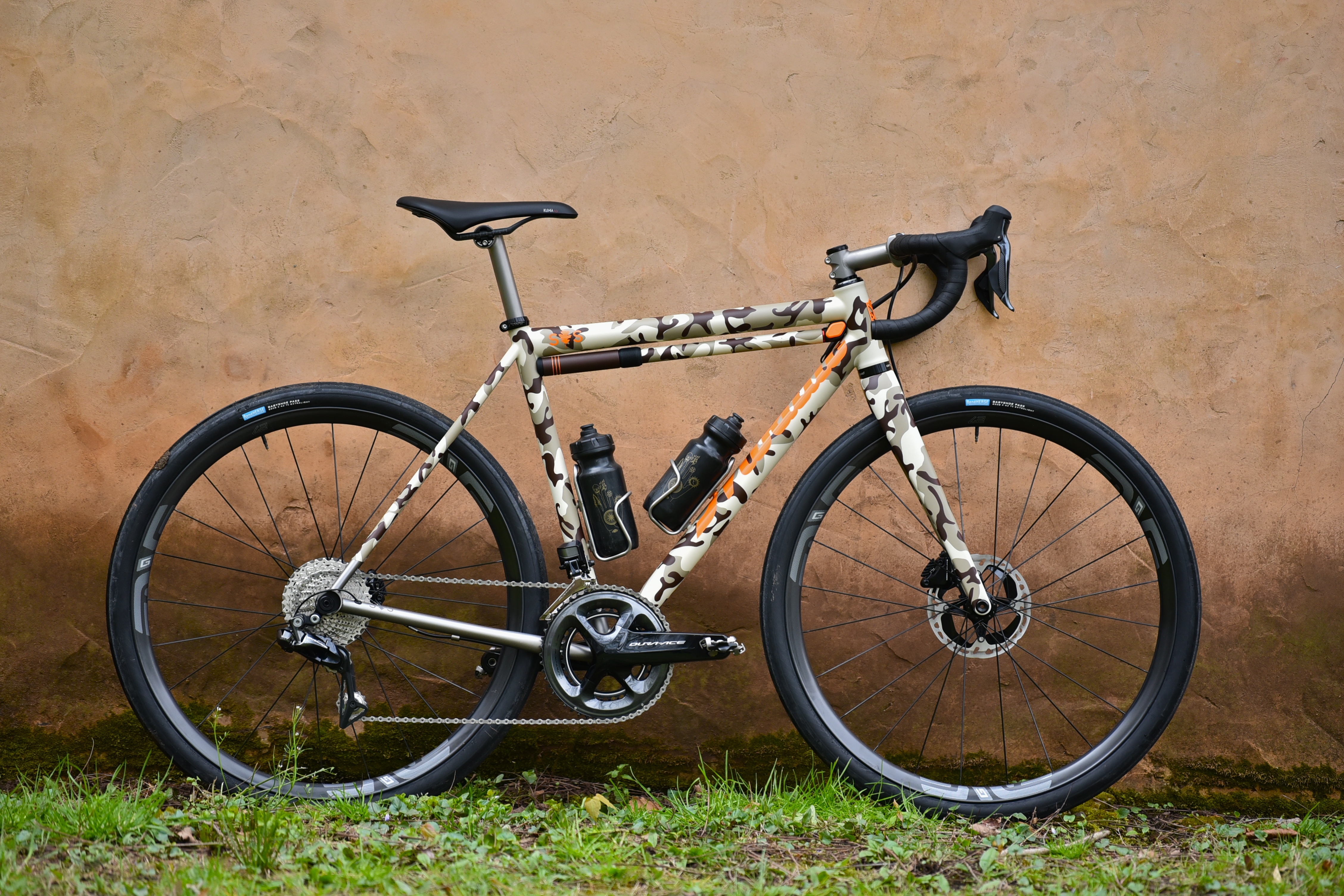 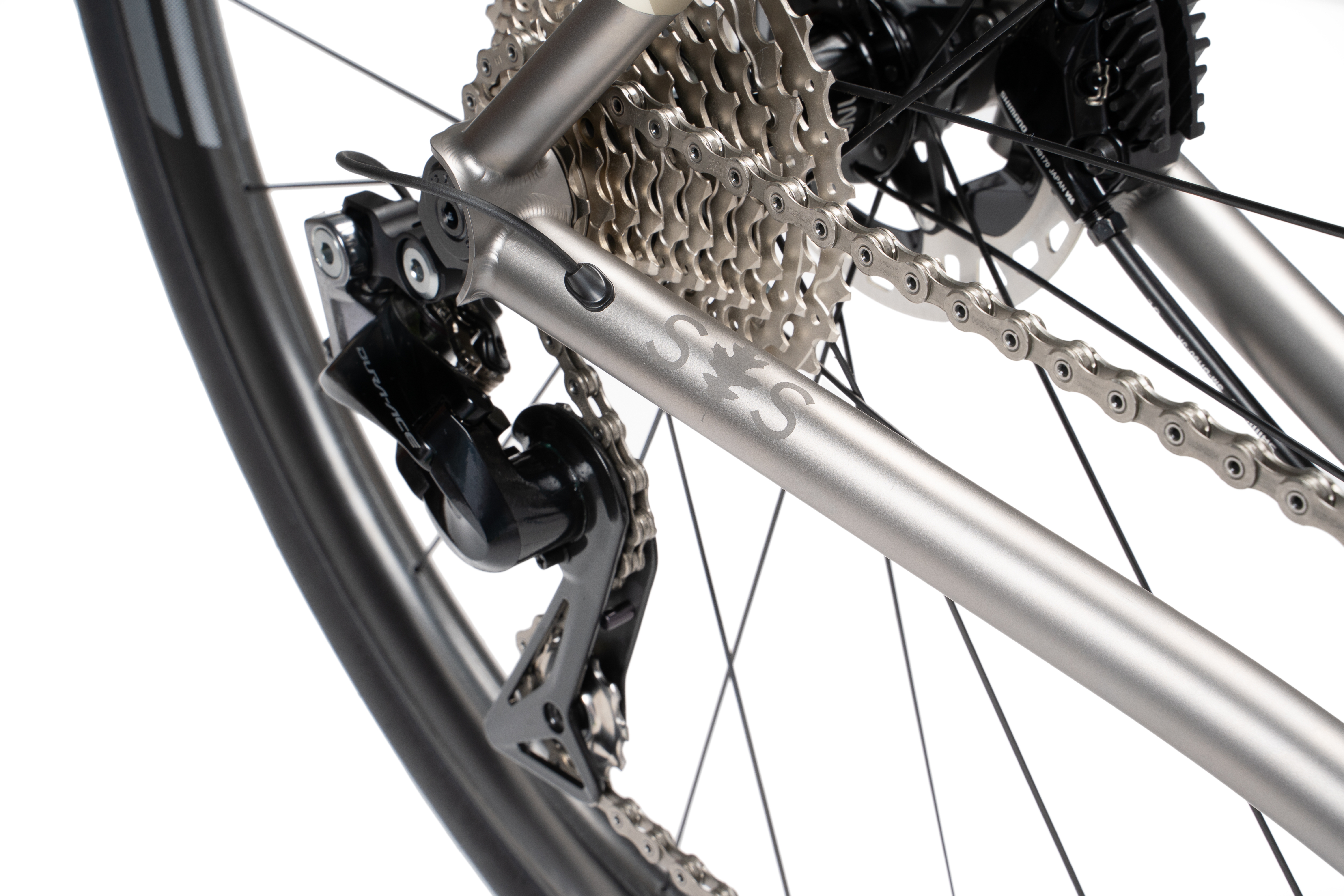 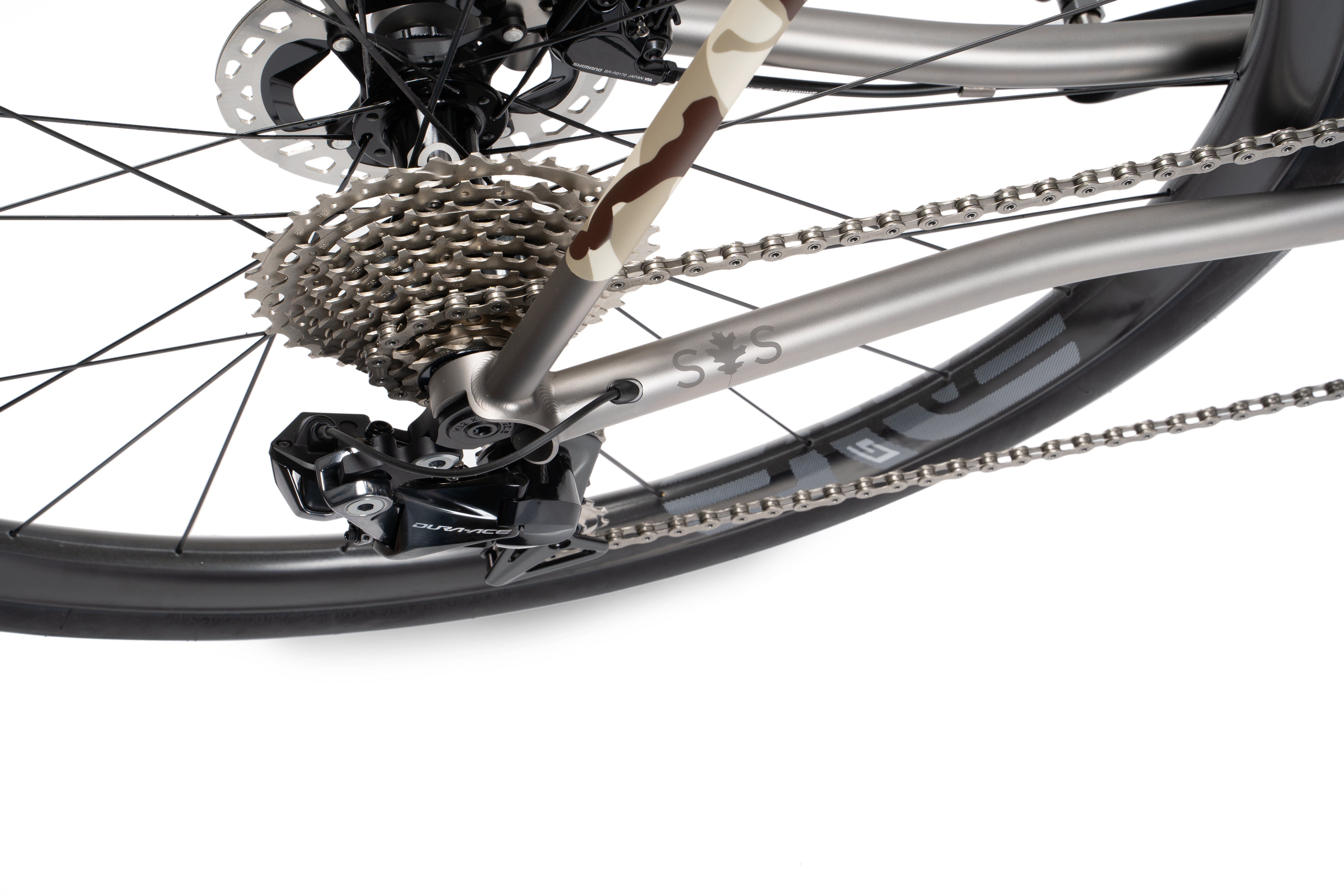 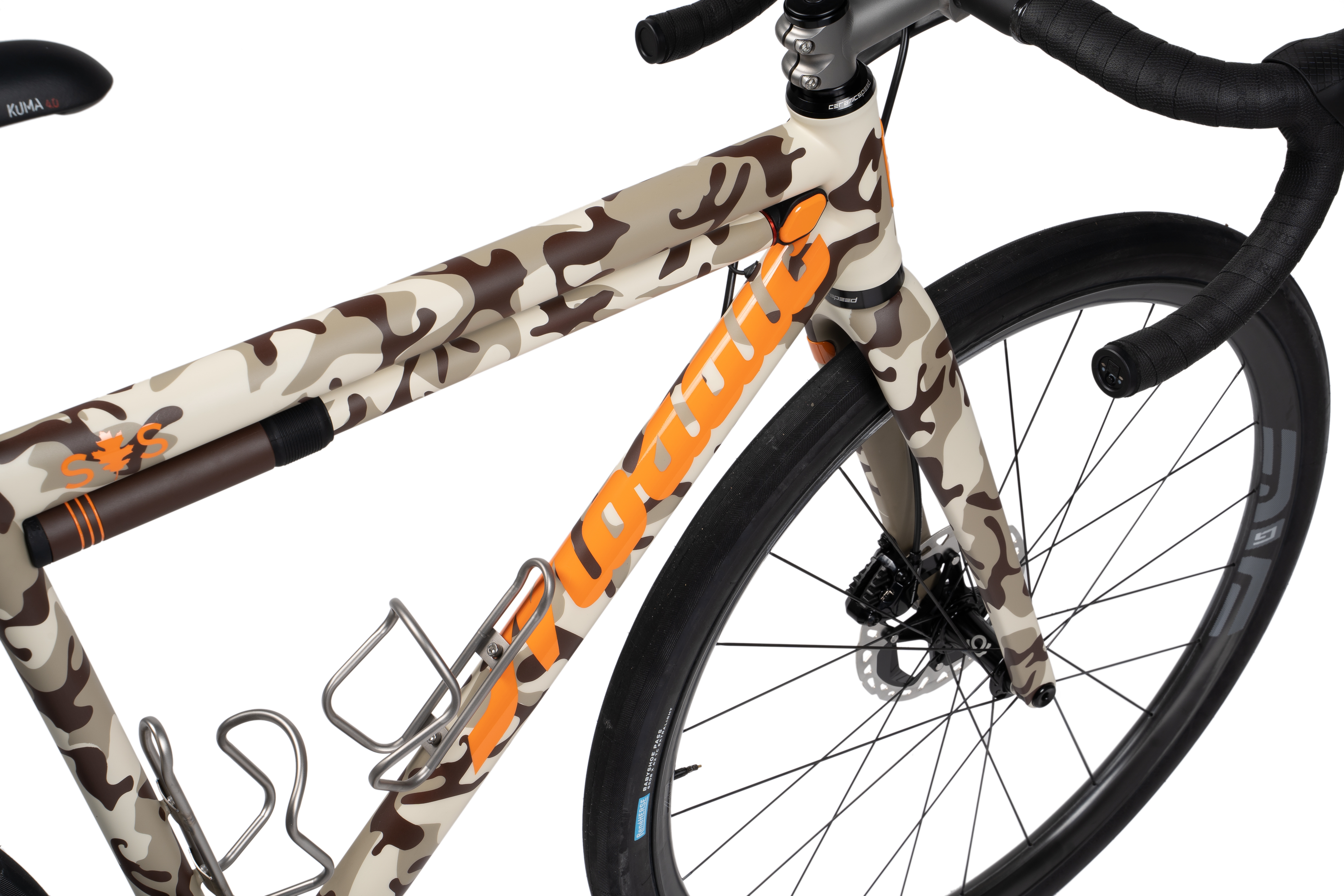 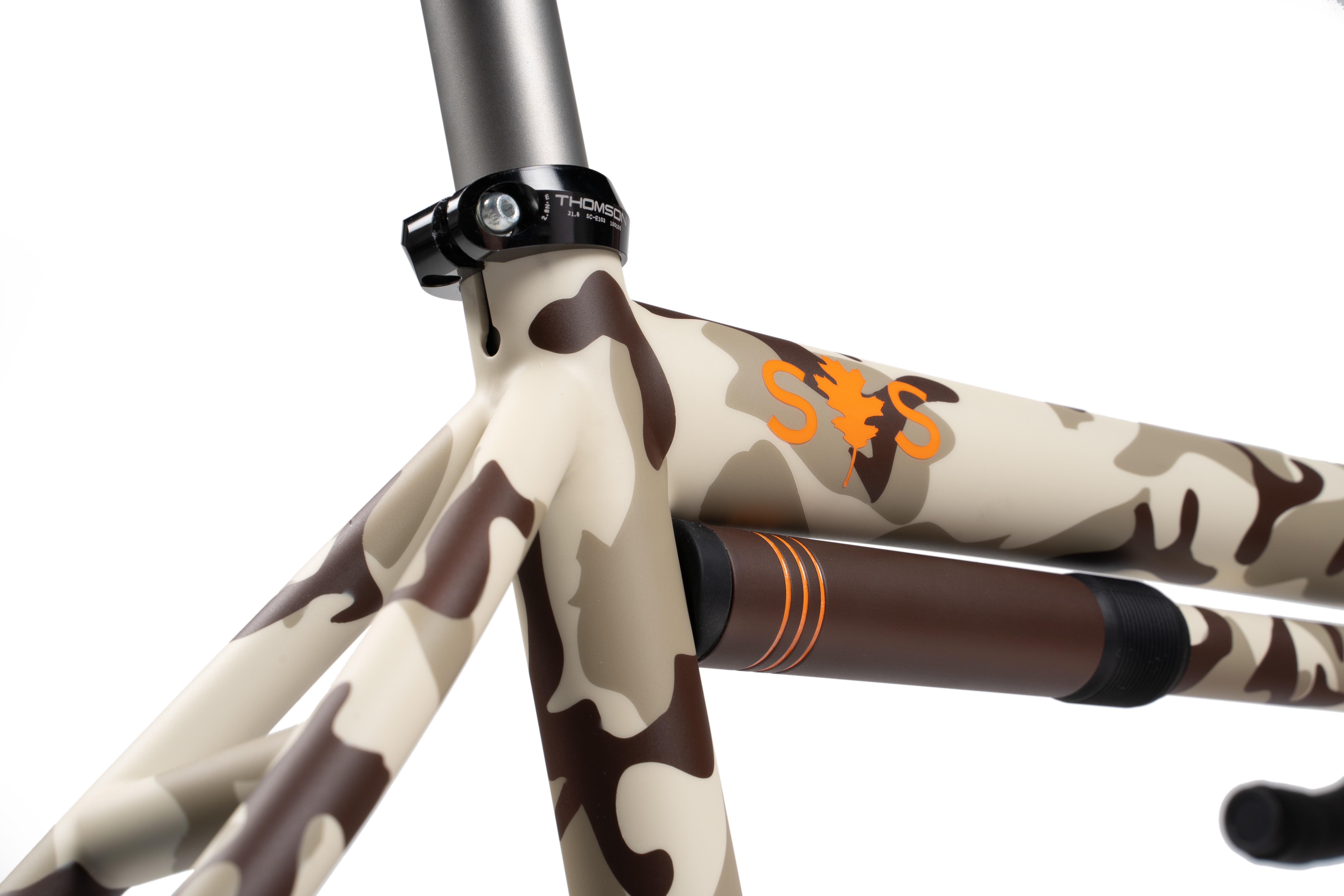 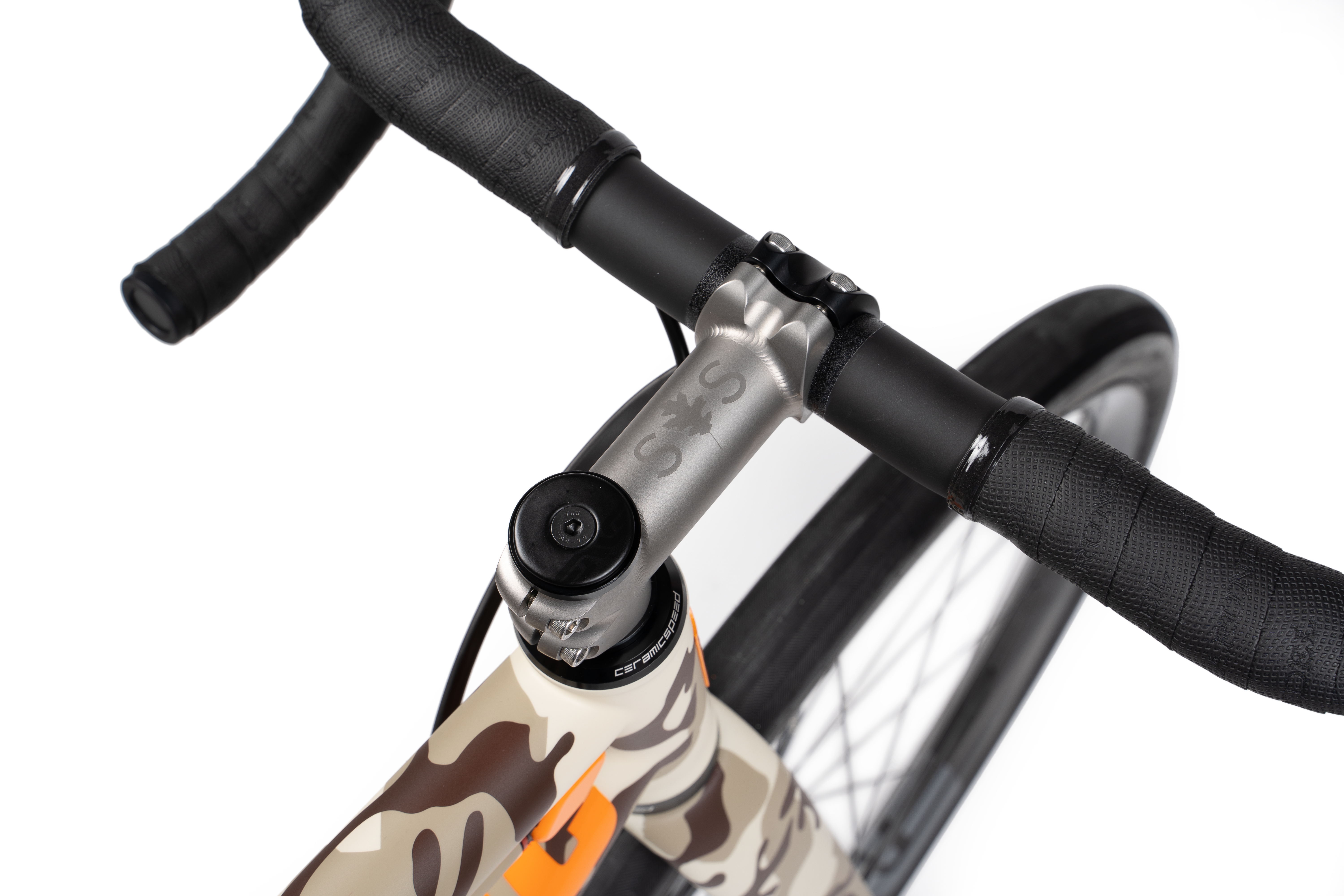 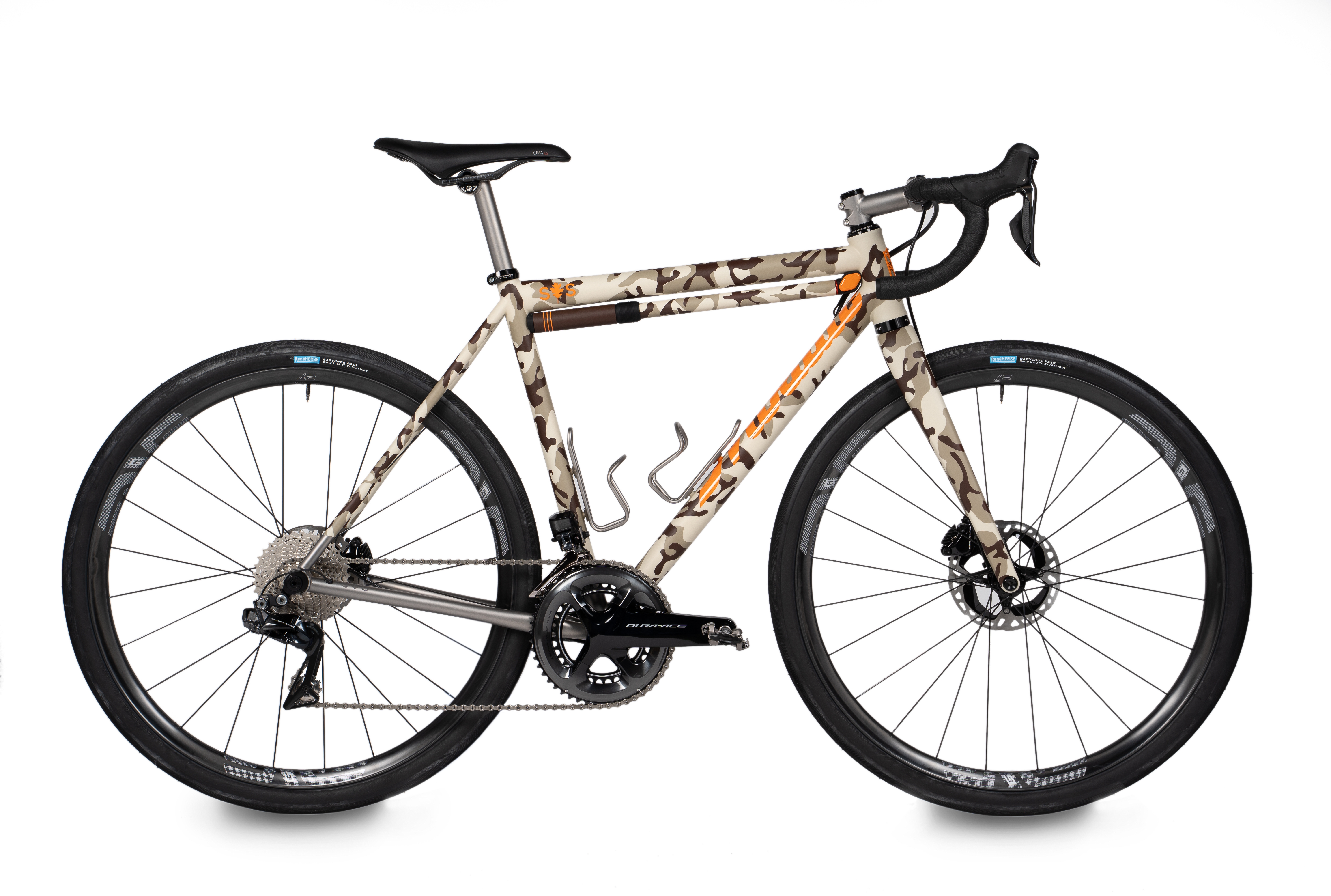 We've been riding for over 25 years and have purchased and ridden many bikes in that time. We've also heard a million different arguments about bike fitting, standard sizing vs custom sizing, riding position, and on and on. And the battle still seems to rage on today. For every one guy who swears by custom there will be another one who says it's a waste of money and just buying a stock size and adjusting the saddle set back and stem length is more than enough. For one reason or another, we had been in the latter of the 2 camps there. We called it the "run what you brung" theory. Make it work! But now that we have experienced both sides of the coin we can tell you personally they are not the same experience and do not yield the same results. That's our story and we're sticking to it.

We'll cut right to the chase: We've been riding the wrong size bikes. Forever. And although they felt okay, for the most part, they did not prepare us for what we were missing. We would accept the placebo argument now, except that our body no longer hurts and we are going further faster. Not sure what to say about that. The absence of pain and the numbers do not lie.

Our first true custom bike came to us by way of a collaboration with Mosaic Cycles and Black Oak Velo in Old Greenwich, CT. After we had designed a paint scheme and agreed on the intention of the bike and all of its aesthetics it was time to start the next phase of the custom process, which is the fitting. We went up to Black Oak to do it in the shop where they have a pretty awesome pro-fit bike right near the front window. Basically, you just suit up into your riding gear and let the boss take over. Justin got the measuring tape out and nailed down a few numbers with us laying flat on our backs on a padded table. "All pretty normal" he said much to our disappointment. A lot of people probably think they have some unique qualities (short legs, long torso, long arms, lack of flexibility, etc) that will be important and have been affecting their performance, but in the end, we (and most) were just "normal." Next, we hopped on the bike and pedaled in place on the fit machine while he stood back and analyzed and turned some screws and moved a few things a tweak here and a tweak there. That went on for a little while and that was it. Done. Next, we had a beer from the tap in the shop and I wouldn't hear about the numbers again until the frame arrived.

When the bike did arrive it was stunning. Hard not to notice a full custom all over camo paint shop right off that bat. But once we had soaked in the paint job the next thing we said was "it looks small." It was noticeably smaller than anything we had owned before. "You sure that's right?" "It's right," Justin said. We're stubborn. It still looked small!

Before we go for the test ride we should point out that the experience is more than getting measured, choosing a color, and picking the finished bike up at the shop. It's the beer after the fitting. The beer before the fitting. It's the anticipation of a fully custom bike arriving months later. And then the little things like the bike already had a small seat bag with emergency tools and a spare tube already strapped on. It was the etching of our logo on the stem. Man, it was the total package. By far it was the best bike experience we have had to date. It was awesome. But......all the fluff is great. The rubber still has to hit the road for this custom thing to really pan out!

Our test ride was on a mixed terrain loop about 30 miles west of Manhattan in New Jersey. Upon first strokes, on our "small" bike, it was immediately apparent that this was a different animal. The front end was responsive. Elbows were relaxed and we weren't stretched out. All the power seemed to be going straight to the pedals and the cockpit felt shockingly right. Not small at all. Just right. We had the allen keys all ready to go in the back pocket to make the tweaks we always make on a maiden voyage on a stock bike to get comfortable. But 20 minutes in they still hadn't come out and were in the pocket. The legs were turning over without resistance and not one ache or pain was present. Not even one single ass shimmy to reposition on the saddle. It was all perfect. From pedal stroke one. To this day, thousands of miles in we have not made one single adjustment to anything. Not a millimeter. Nothing. It's pretty amazing.

Now for the 2 big ones. Power and distance. The power test is memorable for 2 reasons. The first is that on a stretch of road 30 miles from NYC we came up on a Horse and Carriage pulling about 6 teenagers having some kind of party in the carriage. They saw us coming up from behind and started hooting immediately. Quite a sight. I was going to go around them without accelerating too much but I could see there was a car coming toward us up ahead in the oncoming lane. Wait or gas it? Please. Gas it! So we stood up and floored and it and we shit you not the bike launched forward in a way we have never felt. It just bolted forward and kept going. We blew past the party wagon at over 30mph and just kept sailing down the road. We immediately looked for flags to see if there was a tailwind. There wasn't. The bike is a rocket. Hard to identify one single reason for the forward launch and the truth is probably that it's a sum of all the parts. Awesome frame. Great materials. The right geometry and the right fit. The bike still looks small......but who gives a shit?! It's fast as hell!

Lastly, we can say that all the aches and pains and uncomfortable annoyances that used to kill a good ride were all gone. No patella pain, back pain, elbow pain, neck pain, triceps pain. All gone! As the season wore on our usual 30 mile rides turned into 40 mile rides and the 40's into 50's. It was a shame we had gone 25 years lugging around bikes that were too big. But in our defense that's what the stock fit charts said! We always typed in our height and weight, age, and all that jazz and a similar frame size always popped up. And no mechanic or salesman ever said otherwise. Just "x+y =z and that's your size." They were wrong. Now we ride pain-free...faster further. And that's how it's supposed to go. All true. All amazing.

So that's our custom experience. We cannot recommend it more. At the very least we suggest a proper bike fit. You will not regret it. And if you can go all the way and have a custom bike built for you.....well then we say that is definitely the route to take. But any day on the bike is a good day no matter what. "Run what you brung" if you have to and don't think twice about it. It's better than not riding at all. But know that something better might only be a phone call and a few extra bucks away!